How are we treating each other?

Ephesians 6:10-18 describes the armor of God.  It is intended for Christians to defend themselves against the enemy.  The enemy, Satan, is described as a roaring lion seeking whom he might devour. God did not leave us defenseless.  We have the helmet of salvation, the breastplate of His righteousness, and so on.  The only offensive weapon in the list is the sword of the Spirit, which is the Word of God. Why is it that some Christians wield the sword against each other?


Some of the most vicious criticisms I have received in the last year have not come from non-believers, but from other Christians.  I am reminded that Jesus suffered the worst persecution from the “religious” people of His day.  He was more accepted by those who were not even religious.  I am feeling that today.  My non-Christian friends treat me better and encourage me more than some of my “Christian” friends.  Why is that?  Aren’t we supposed to be united in purpose?  Aren’t we to be of one hope and one faith?  Don’t we have the same goal?
Let’s stop being petty.  Let’s stop finding fault with each other over things that just don’t matter.  Jesus said, “By this everyone will know that you are my disciples, if you love one another."  The world is watching our behavior.  We need to be salt and light.  We need to treat each other well and take care of each other.  We need to have something they would want.
Perhaps we need to remember what Paul taught in Philippians 2:3-4.  “Do nothing out of selfish ambition or vain conceit. Rather, in humility value others above yourselves, not looking to your own interests but each of you to the interests of the others.”
Let’s assume the best in each other.  Let’s build one another up.  We are in a war and we are to be fighting side by side against our adversary – not fighting each other over things that really don’t matter.
Ultimately, we all answer to our Father for how we treat each other. Every believer should remember that our Father places far more importance on our showing love than He does on our being “right” on every issue.
1 John 4:20-21 "Whoever claims to love God yet hates a brother or sister is a liar. For whoever does not love their brother and sister, whom they have seen, cannot love God, whom they have not seen. And he has given us this command: Anyone who loves God must also love their brother and sister."
We can have disagreements.  We can have discussions.  However, there is a way to do that and it’s much different than the way most Christians do it.  We can even agree to disagree – as long as what we are disagreeing on isn’t spelled out in Scripture. (Which is almost never the case.)
Ghandi is credited with saying “I like your Christ, I do not like your Christians. Your Christians are so unlike your Christ.”
What would the world be like if all the Christians actually treated one another with love and respect?  Wouldn’t the world take notice and think – “wow, they’re different.”
Posted by Carol Horner at 12:02 PM 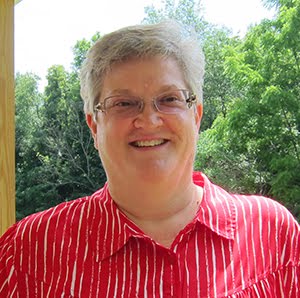